Won't you please donate to the Event Horizon Chronicle?
If you find meaning and value in my blog I need your support. I truly depend on your help
for my continued work. If you find personal value or meaning in this blog, I truly need your financial support. For how to donate contact me at: dr.samizdat1618@gmail.com.
I accept Bitcoin at: 1Dht92qEzCmvuLRKQD2MSJ1JdQ7rFRMVdA
I receive Amazon.com e-gift cards in any amount at dr.samizdat1618@gmail.com using
the link: https://www.amazon.com/Amazon-Amazon-...
I also accept donations of gold and silver, of any size or amount.
I do not have a bank account and cannot get one, so please DO NOT send me PayPal donations.

A Serious Message From The Heart of America 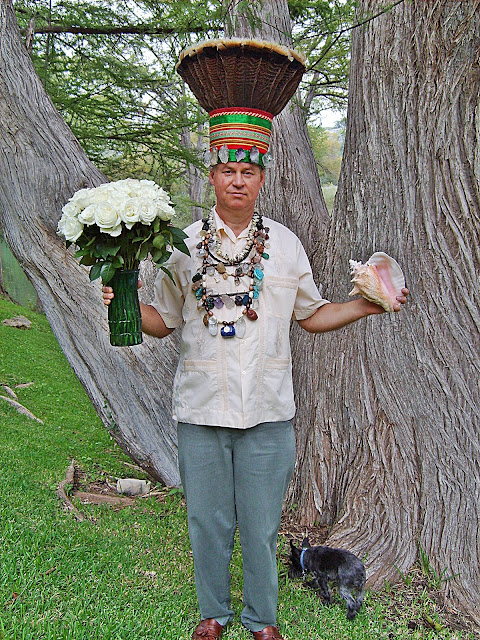 A Serious Message from the Heart of America
by Richard Sauder, 14 July 2010
(Originally issued to the news media from jail in Rugby, North Dakota, one week before my trial in Federal Court in Minot, North Dakota for a nonviolent, peace demonstration on a nuclear missile silo near Minot Air Force Base.)

I come in peace as a messenger to North Dakota and the world, here in the dog days of summer 2010.

That is why, on 15 April 2010, I went over the fence and staged a peaceful demonstration on U.S. Air Force nuclear missile silo H-8, at the intersection of 33rd St. And 76th Ave., near Parshall, North Dakota. For this manifestation of creative nonviolence, I was arrested and jailed. For three months I have been incarcerated in the Heart of America Correctional and Treatment Center, located in Rugby, North Dakota, at the precise geographical center of the North American continent.

I traveled to North Dakota from Texas, whose state symbol is a five pointed star. Because my purpose was both serious and prescient, I accordingly placed a five-armed starfish shell on the missile silo. I also placed five conch shells on the silo access hatch, to symbolize the vital importance of the sea. Silo H-8 is located in the midst of North Dakota’s booming oil field. When I straightened up, I saw men hard at work drilling for oil with a large derrick erected in a field just to the south of silo H-8.

Five days later, BP’s Deepwater Horizon Oil well exploded in the Gulf of Mexico, and the consequences of that catastrophe will be unfolding for a long time to come, with dire impacts on the Gulf of Mexico, the Southeast USA, and much more besides. The entire situation is very serious.

Both BP and the USA government have knowingly lied about the gravity of the situation. This is no accident. The USA's ruling system is now a criminally corrupt “corporate-government,” governed of, by and for the Fortune 500 companies and Wall Street. The USA government is not now in any meaningful degree truly a “participatory” democracy or “representative” government.

And understand this: the nuclear missiles in North Dakota are the hellish, genocidal, hyper-violent weapons of last resort that prop up this systemic “corporate-government” criminal corruption. Liberty, freedom, peace and “justice for all” have nothing to do with it. On the contrary.

A wise man said long ago: “Let those who have eyes to see, see!” Can you see how deeply criminal the USA’s corporate government is? The plain meaning of the ongoing catastrophe in the Gulf of Mexico is a serious case in point.

So it is that as this oppressive system of military, political and corporate criminality crushes the Earth and her peoples under its ignorant yoke, I enter the scene as a latter-day Paul Revere, warning not that “the British are coming!” but rather “British Petroleum has come!,”and that we must “revere” the Earth much more than we have to date.

Just as BP’s actions have destroyed the Gulf of Mexico’s ecological soundness and integrity, so too has the U.S. government’s multi-trillion dollar mugging of the American people’s prosperity and posterity destroyed its integrity and claim to legitimacy. Wall Street, the Fortune 500, the Federal Reserve, and USA corp-gov puppets of the “Powers That Be” who lurk in our world’s shadows are carrying out the biggest criminal shakedown in recorded history.

The recent, so-called bail out and stimulus bills should really be called the National Mugging and National Shakedown Acts. They are funneling trillions of dollars from the people’s purses and pockets to accounts and financial institutions controlled by the wealthiest families and individuals on the planet. This is point blank robbery: the banks are robbing the people.

I say again: the nuclear missiles are the ultimate genocidal enforcer of this criminal economic arrangement, which is based on a global system of lifelong debt peonage designed to ensnare all humanity in economic bondage.

I cannot remain silent. I am here to say that I object. I cannot go along with this hideous agenda of national and global economic enslavement, which simultaneously dangles a nuclear sword of Damocles over our collective heads.

Why do we go about our business as if this state of affairs is acceptable? It’s not acceptable to me, and so I have acted, and am speaking publicly as part of the international, intergenerational, decentralized, leaderless, creatively nonviolent White Rose movement, the global direction of which lies in the eternal desire of the human heart to be free of tyranny and to be at peace.

For the White Rose, both the means and the end are the same: nonviolence. This planet has been plagued by an epidemic of warfare for millennia. But it is a logical absurdity to imagine that warfare can abolish warfare. Nonviolence offers the only sure path to a peaceful world, and this is the trajectory of the White Rose.

So how does it all play out? What’s the basic game plan? Quite simple! And the really good part is that in the end we get both our lives and our planet back from the ignorant oppressive clutches of the Powers That Be and their greedy, power mad puppets in the USA’s “corp-gov,” Wall Street, Fortune 500 and the Pentagon.

As it happens, we and the Earth are now entering into a so-called event horizon of near simultaneous, cascading ecological crises, major weather and climate change, geological and seismic disturbances, military and political upheaval, economic chaos, social unrest, agricultural problems, pollution overload and industrial emergencies.

As if on cue, BP’s Deep Water Horizon oil rig explosion and ongoing catastrophe in the Gulf of Mexico is ushering in the opening phase of this onrushing event horizon that will crash over us in the coming months and years.

As it happens, the Powers That Be and their puppets do not know what to do about these many crises they have played such an influential role in creating and/or worsening; even worse, they don’t really care.

It therefore falls to us, We the People, to help ourselves by unilaterally: a) declaring a Jubilee Year for sweeping forgiveness of all odious and onerous debts, and b) nonviolently and peacefully withdrawing all support for the war machinations of this planet’s governments, military organizations, corporations, and financial institutions.

What does this mean pragmatically? At a minimum it means basic measures such as:

– Pull your money out of the big banks.

– Pull your money out of the criminal casino known as the stock market, also known as Wall Street.

– Reduce your consumption of goods and services from Fortune 500 companies.

– Do not participate in industrialized slaughter of your fellow humans. In other words, refuse to go to war for the corporate mercenary force known as the Pentagon.

– Patronize, or establish your own, alternative news sources or networks.

– As many as are able, engage in creative, nonviolent acts of civil disobedience at corporate, governmental, and military installations and headquarters.

– Remember, the goal is nonviolent reform, so act nonviolently even when provoked.

– Think outside the box, with the emphasis on creative nonviolence.

In short, we are free when we stop acting like corporate-government slaves and conscripts and start behaving like sovereign, free human beings.

No one can give you your freedom. You can only claim freedom for yourself. It comes down to this: either you are free or you are not. It’s your decision. Which will it be?

Either we get rid of the nuclear missiles or they will get rid of us. We must have global, nuclear disarmament. I have on three occasions in my life gone over the fence at nuclear missile silos to perform nonviolent acts of civil disobedience.

I have been arrested and jailed, but nothing worth having comes without personal effort and sacrifice. Do you want nuclear disarmament? Do you really want to live on a planet free of the threat of nuclear apocalypse?

If you are serious, then you will have to do something. You. Personally. A wise and serious man once said: “Much is required of those to whom much is given.”

The nuclear missiles can never be fired if the Earth is to remain habitable in any significantly human or humane sense.
Five trillion dollars have been lavished on the USA’s planet killing, planet-impoverishing nuclear arsenal. Trillions more dollars are being looted from the American people as you read these words.

So let the Jubilee Year began with all due alacrity. The people to whom this duty falls by rights, by which I mean the obligation to announce the Jubilee Year, have completely abdicated their responsibilities and have instead fallen in with the very worst sort of criminal element. And so the responsibility to declare a Jubilee Year necessarily passes by default to other hands. It is left to the ordinary people of the world, you and me, to announce the Jubilee, of release from onerous and odious debt, release from economic bondage.

And make no mistake. I reiterate that this has everything in the world to do with the nuclear missiles that menace the human race and the planet. The trillions of dollars spent on nuclear weaponry represent theft by taking from the people’s prosperity, the more so, as these weapons can never be used, so hideously and hellishly destructive would a nuclear war be.

Under these conditions it is both fitting and proper for the people to employ creatively nonviolent means to withdraw their support from a corrupt system that is dragging them down to collective ruin.

I am Richard Sauder and I endorse this serious message, straight from the Heart of America, in the dog days of summer 2010.

Beyond The X-Files: Hidden In Plain Sight