The "science" is in and it is sobering. The countries that "jab" their populations the most have the most disease. Why? The jabs wreck the immune system, so when a virus comes along people with weakened immune systems are easy prey, and readily fall sick or die. Read the study:
Worldwide Bayesian Causal Impact Analysis of Vaccine Administration on Deaths and Cases Associated with COVID-19: A Big Data Analysis of 145 Countries
https://vector-news.github.io/editorials/CausalAnalysisReport_html.html
Quoting from the study's conclusions:

The results of this study taken together demonstrate a product that directly causes more COVID-19 associated cases and deaths than otherwise would have existed with zero vaccines. Consequently, these experimental gene therapy injections known as COVID-19 vaccines cannot be mandated by any public policy that intends to continue following the regulations of the Nuremberg Code (Code 1998) the Helsinki Accords (Association and others 2009), and the Human Rights Declaration on Bioethics (UNESCO 2019).

If after reading the "science" people are still stupid enough to line up and take the jab, the thought that comes to mind is: play stupid games, win stupid prizes.
That includes the millions of mind-controlled followers of Donald Trump, who has repeatedly urged people to get the jabs, even as the abundant, scientific evidence of their mortal peril continues to mount. Watch the video. The Trump psy-op is full of it. He's nothing but a corrupt, stupid, compromised shill.

TRUMP STILL PUSHING THE KILL SHOT
https://www.bitchute.com/video/eGGhDZCbEQ1z
Trump is in on it. He's a charlatan, fraud, fake, con man, a pied piper to credulous, gullible fools, a Satanic, demonic, pompous, bloviating liar from New York City. And yet people follow after him by the millions, as if he will lead them to the Promised Land.
https://twitter.com/badastridd/status/1487075152504500224
Indeed, I believe that I lost what I thought was a good friend over Trump, who for months on end was earnestly urging me to take Trump more seriously. Then my supposed "friend" abruptly dumped me like a hot potato, when I persisted in saying that Trump is a stupid, dangerous fool. All of a sudden I was persona non grata and my whilom "friend" vanished from my life as if he had never been. He believes so strongly in Trump that I wonder if he also has been so thoughtless as to get the jab(s) as Trump recommends? One would hope not.
One of my readers sent me the image that follows below. (click through to my blog, if you cannot see the image). The absurdity of where this is all going speaks for itself. It will never end. The jabs are false idols, worship of and belief in Big Pharma until death. It's ludicrous. 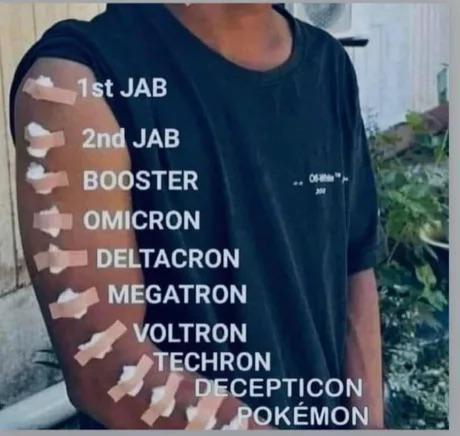 Unfortunately, sometimes it takes many years to see how shallow people really are, and how pathetically weak their powers of perception and judgment are.
And I'm not taking a partisan political stance. I have an even lower opinion of Joe Biden and Kamala Harris than I do of Donald Trump and Mike Pence. They're all stupid, corrupt and evil. My disdain for them is bipartisan.
It Gets Even Worse
The grotesque thing that is "America" (USSA) has layers -- physical, social, political, criminal -- of unimaginable evil. I am 66 years old, going on 67 in a few weeks, and still learning about its horrific dreadfulness. My decision to leave the Lower 48 states 12 years ago and not return was unquestionably correct. To be sure, South America has its own suite of demonic issues, many of them tied to the great evil in the USSA in one way or another, but the geographic separation does help to gain insight and important perspective. I can say that ayahuasca has also been a great help, notwithstanding that it has revealed to me such tremendously terrible things. We are living in a Hell realm -- the USSA, China, India, South America, the Middle East, all of it. This is a greatly fallen, hideous, ghastly reality in which we are ensnared.
One of the most hellish aspects of this realm is wanton, human sacrifice by the Satanic factions that run the planet at present; sacrifice of children, yes, but also of adults. It's going on big time. I see so many missing person flyers here in Ecuador that it is more and more obvious to me what is taking place. It's real ugly.
The legacy, mainstream news media won't touch this story in any serious way, because the major players in the mass media are themselves implicated in the evil system. They go along to get along. So you're not going to read about these great crimes in the newspapers or see them exposed on network radio and television. That is not happening and won't happen.
For now, the truth is being revealed by people like the three women -- visionaries and truth tellers -- whose work is on display at the following links. Satanists are involved, the military is involved, corrupt governments and aliens are involved. It's a major, bloody, dreadful, demonic policy -- the business of enslaving people and trafficking them off planet to interplanetary slavers, or selling them for blood sacrifices in macabre, Satanic, human sacrifice rituals, or incarcerating and killing them in underground, military bases. Notice as you read and listen to what they have to say that a great deal of this murderous, Satanic, demonic activity occurs in secret, underground facilities. You cannot and should not make evil great again-- and the USSA is very deeply evil, a never ending, horror show.
What You Never Heard Before
https://the-masters-voice.com/2019/07/06/what-you-never-heard-before-pt-2-to-put-out-their-light-july-6-2019/
Altars
https://the-masters-voice.com/2021/05/28/altars-may-27-2021/
“Blood To Drink”
https://the-masters-voice.com/2020/10/29/4150/
CIA Child Snuff Survivor Speaks Out
https://www.youtube.com/watch?v=Ng--1uY5Atc
Earth's Interplanetary Trade (in human captives)
https://www.youtube.com/watch?v=67Fq2dyOcto
In this vein, one of my readers sent me a photo a couple of years ago of a ship slinking up the East River in the middle of the night. He took the photo with a night vision scope. Everything was all lit up like broad daylight. I do not advertise myself as a psychic or remote viewer, but my immediate impression on seeing the photo was that the ship was a slave vessel; that its cargo was human. Trafficking of human slaves for Satanic human sacrifices, sex slavery, blood drinking, cannibalism and for sale to the interplanetary slave trade is evidently rampant. From what I can see, people of both genders and all ages are being taken.
The major police, secret societies, espionage agencies, secret services and military agencies of the world know what is going on and do very little to put a stop to these great crimes, because they are implicated in them.
To cite just one of many possible examples, the highest Free Masonic lodge in the Quito area is overtly Satanic. It is a Baphomet lodge, not a Christ lodge.
SUPREMO CONSEJO ORDINIS BAPHOMET 33*
https://supremoconsejoscob33.org
... which works in coordination with the the Supremo Consejo Suramericano 33* (Supreme 33rd Degree South American Council)
... allied with the Gran Logia Ordinis Baphomet (The Great Order of Baphomet)
https://www.granlogiaordinisbaphomet.org
These Ecuadorean Baphomet Free Masonic lodges have treaties with the following lodges in other cities and countries:
Grand Lodge of Italy
33rd Degree Supreme Council of Montreal, Canada
Grand Federal Eastern Lodge of Portuguese Masonry
Grand Lodge of the South (Cuenca, Ecuador)
Grand Lodge of Bolivia
Grand Scottish Rite Lodge and Supreme Council of Cancún, Mexico

The Freemasons are in on the evil that runs this world up to their ears. The Satanism is international, global, in country after country. 32nd and 33rd degree, Satanic Freemasonry have Ecuador, the USSA and most of the world in their oppressive grip.
Hollywood, politics, secret societies, military agencies and units, police agencies, Silicon Valley, espionage agencies and state secret services, religions, passenger bus lines, marine shipping lines, airlines and charter air services, space agencies, child care and family service agencies, and more are involved in massive, human slavery and human sacrifice crimes. It's a big, global operation, nowhere bigger than in the USSA.
MAGA? Make America Great Again? Are you kidding me? The USSA is a festering, demonic, den of Satanic vipers. It's horrid beyond belief.
It's a red-white-and-blue Hell pit.
It Looks Like the Pentagon Intends To Go To War
For what it's worth, I checked the status of the 13 amphibious assault ships of the USSA Navy yesterday afternoon (2/02/2022). These are very serious warships that carry helicopters, F-35 fighter jets, USSA Marines and their fighting gear, armored vehicles, and a wide range of munitions. What I found is most curious.
One amphibious assault ship was in port in Norfolk, Virginia and one more was in port in San Diego-Coronado. That left eleven, of which:
1 was sailing off the coast of southern California
1 was sailing off the coast of Georgia, USSA
1 was sailing in the Strait of Malacca off the coast of Indonesia
1 was sailing off the coast of  southern Norway just outside the entrance to the Baltic Sea
1 was sailing in the Persian Gulf
1 was sailing just off the coast of Japan
2 were in port in Japan
1 was in port in Italy
1 returned a signal as a commercial, non-military, cargo ship at sea!
1 was listed with unknown status (USSA Bonhomme Richard)
This is very unusual and could possibly be interpreted as pre-positioning for major, global warfare. If it happens, it will be very fast, and very violent. Most people have no idea.

I absolutely need and gratefully accept any and all donations. Everything that we have known in our lifetimes is about to go bye-bye and will never be back again, not ever. I know that I keep repeating this like a mantra, but it is nonetheless true. If you are able and willing to donate I really do need your support at this time. For how to make a cash donation please contact me at: dr.samizdat1618@gmail.com This is the preferred method of donation for me right now. Do NOT send PayPal. 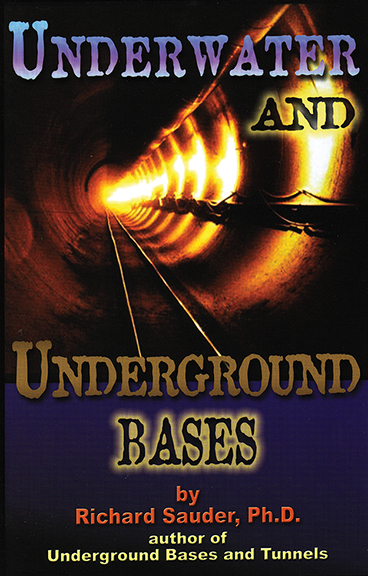